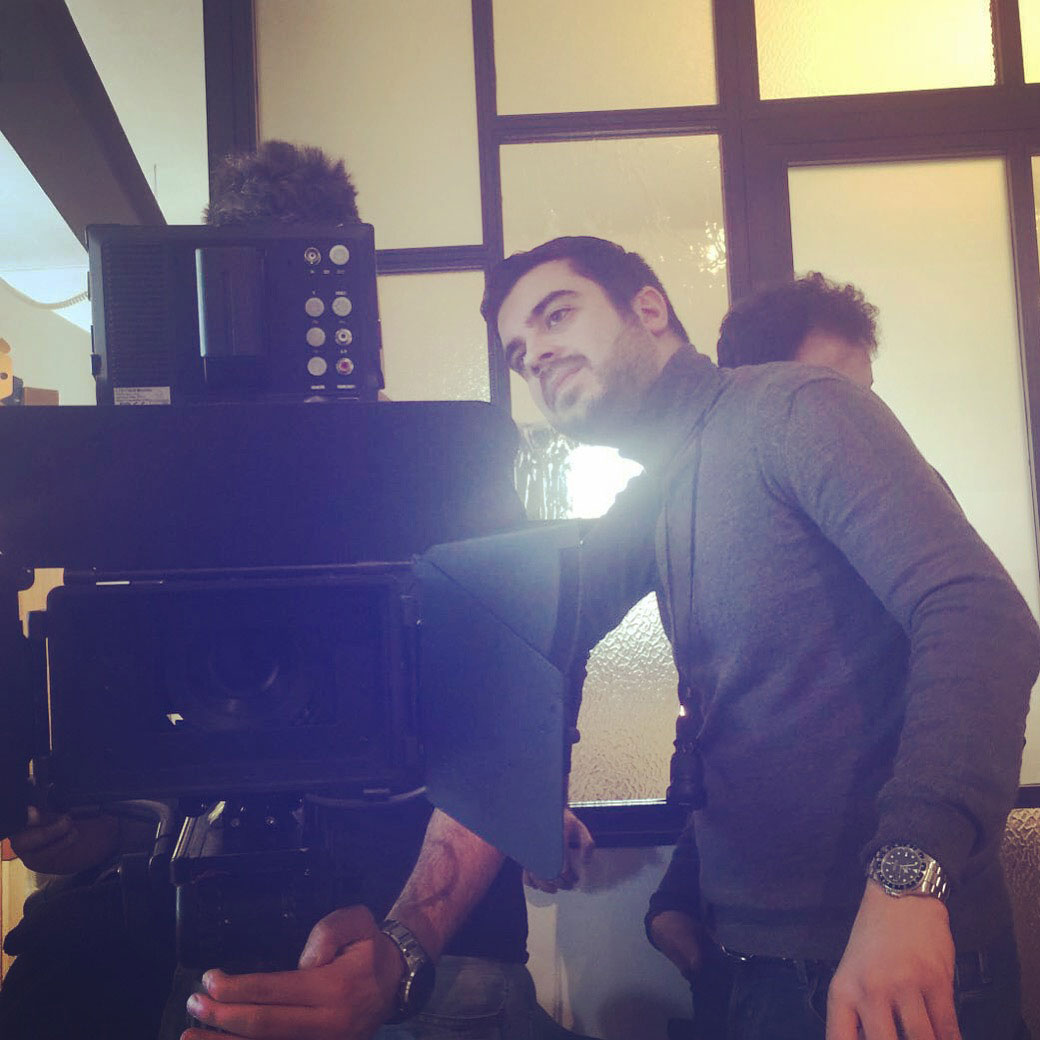 Alessandro Amante is a film director. He was born in Bologna in 1987. Passionate about filmmaking from a very young age, he attended many courses in the Unites States, such as photography and photo development in Santa Cruz (2004), and in Boston (2005) where he attended a film criticism course.
After high school he got his Bachelor in Fine Arts degree at the University of Bologna, with a final thesis in contemporary history. During his University years he had some art experience such as the short “Otto Minuti” (which won the Iceberg Prize in 2011) and work experience as well, like shooting the behind the scenes footage of a few italian commercials (Oroblu, Vape, Chiacchiere).
He was the official photographer when IULM University in Milano gave the “Laurea Honoris Causa” to “Maestro” Riccardo Muti in 2012.

After his Bachelors he decided to attend the Master in Filmmaking program at the New York Film Academy in Los Angeles, where he graduated two years later with honors.
During the Master he was of three students selected for a “directing actors” workshop with veteran actor Matthew Modine (Full metal Jacket, Every Given Sunday, Transporter Extreme).
After gaining a Masters in Filmmaking he worked in the production field in Los Angeles, producing the music video “Angels” for Lucia Moon, the shortmovie “Redux” with star Eric Roberts (Oscar nominated for Runaway Train) and collaborating on two Yamaha commercials.
The same year in Italy he directed some commercials for Italy Family Hotels, Telefono Azzurro and Berner (with whom he won second prize and special mention at Premio Sartori 2015).
He also directed documentaries like “Casagrande” about the giant sculpture of the Zimmerfrei artistic group and “La tela di Giuliano”, about italian mechanic Giuliano Giunta who built the car of his dreams for over forty years all on his own.

Services
Together with my network of collaborators I can provide creative ideas and subsequently organize the direction, production and post-production of audiovisual products such as commercials, corporate videos, music videos, short films and documentaries, as well as a consultancy service to companies concerning their audiovisual communication.